Looking back at the last few harvest seasons, we've had a few "complex vintages". But the 2022 harvest will be the one we keep talking about. We have experienced great challenges in the face of extreme weather. Our team had to work harder than ever to protect the vineyard.

In the spring of 2022, we had very little rainfall, only 30 mm in March, April and May, and we were able to irrigate in time with drip irrigation facilities to ensure that the varieties sprouted neatly and that the plants grew well. At the same time, the impact of the epidemic forced us to postpone the pruning of some plots until April and to complete the "winter pruning" of all plots during the grapevine budding period. 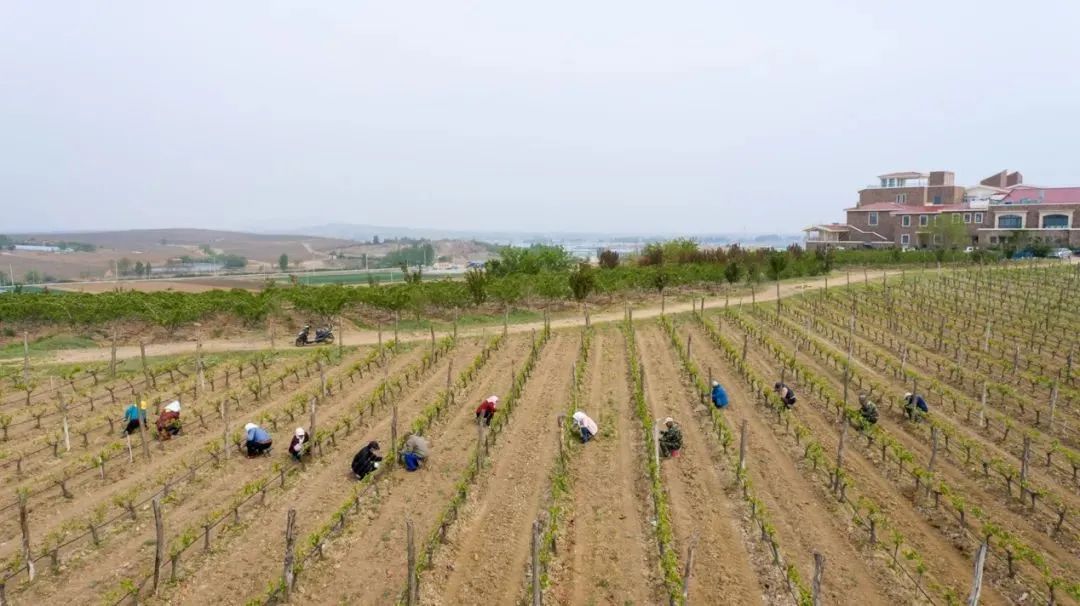 The rains in June, July and August instead exceeded previous years, with over 600mm of rainfall. The summer rainstorms and the threat of mold from the high temperatures and humidity in the vineyards also had a notable impact, leading to disease in some varieties. It was a challenging year for every production staff, but we are still working hard. We made appropriate adjustments to our pest and disease control programs and application methods in a timely manner, effectively controlling further disease development, but still losing about 10-15% of yield. 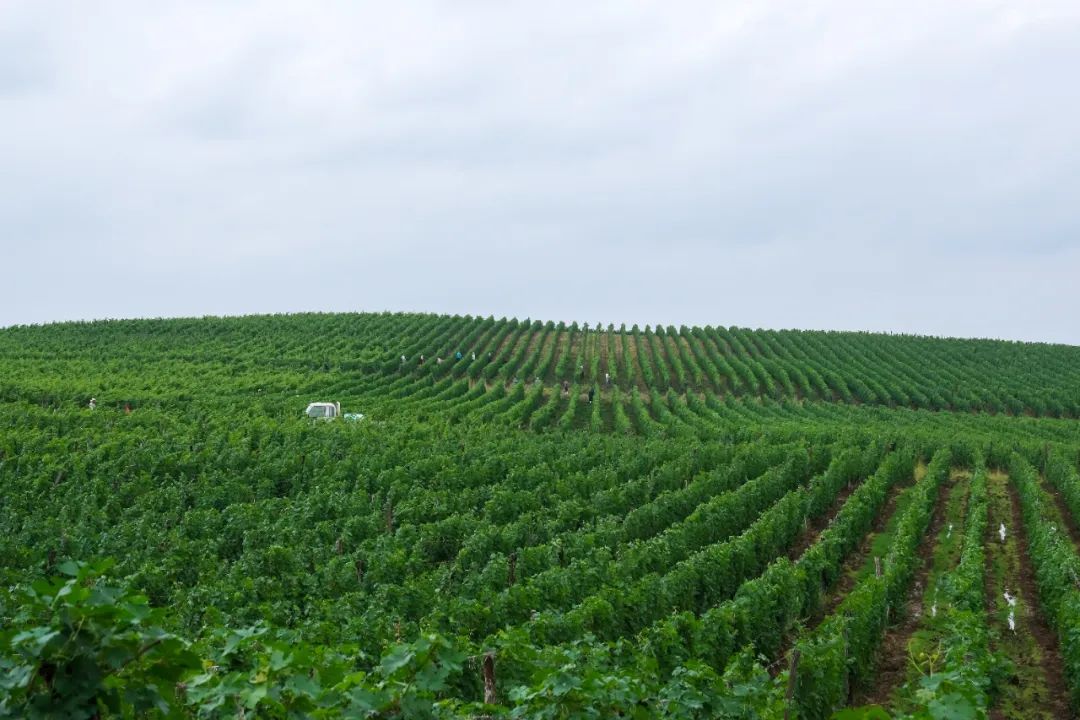 Thankfully, the following mid-to-late September was sunny, dry, with a large temperature difference between day and night and cool nights, a climate condition very favorable for the accumulation of flavor substances, sugars and the maintenance of acidity. We developed a detailed harvesting plan, taking into account the weather forecast for the end of September and early October and real-time monitoring of maturity in each plot. Surprisingly the yield brought some losses but the overall quality and ripeness showed very good results. 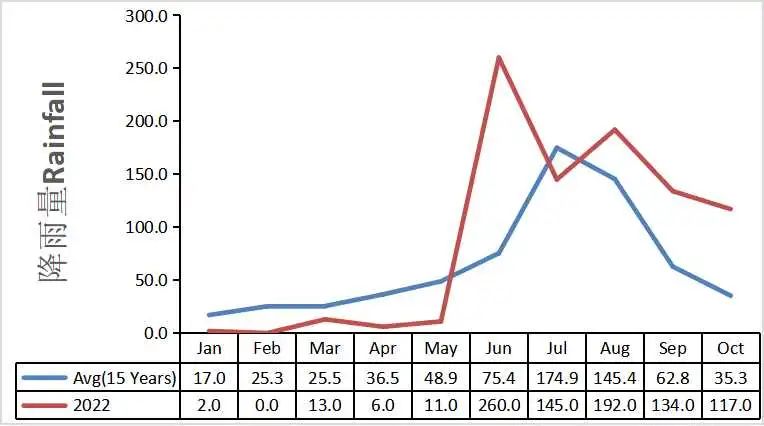 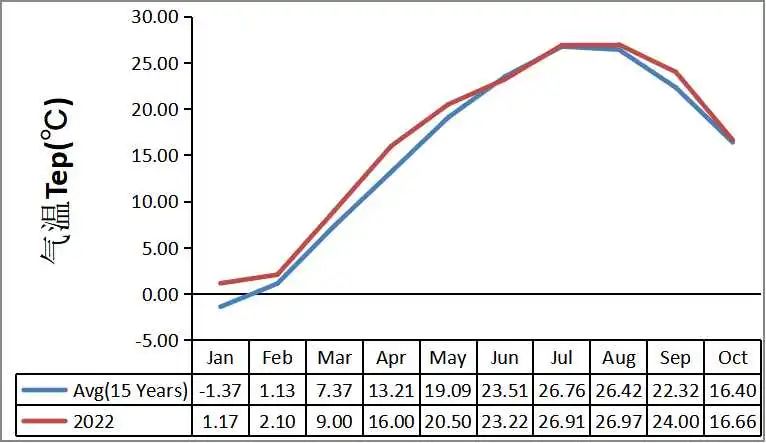 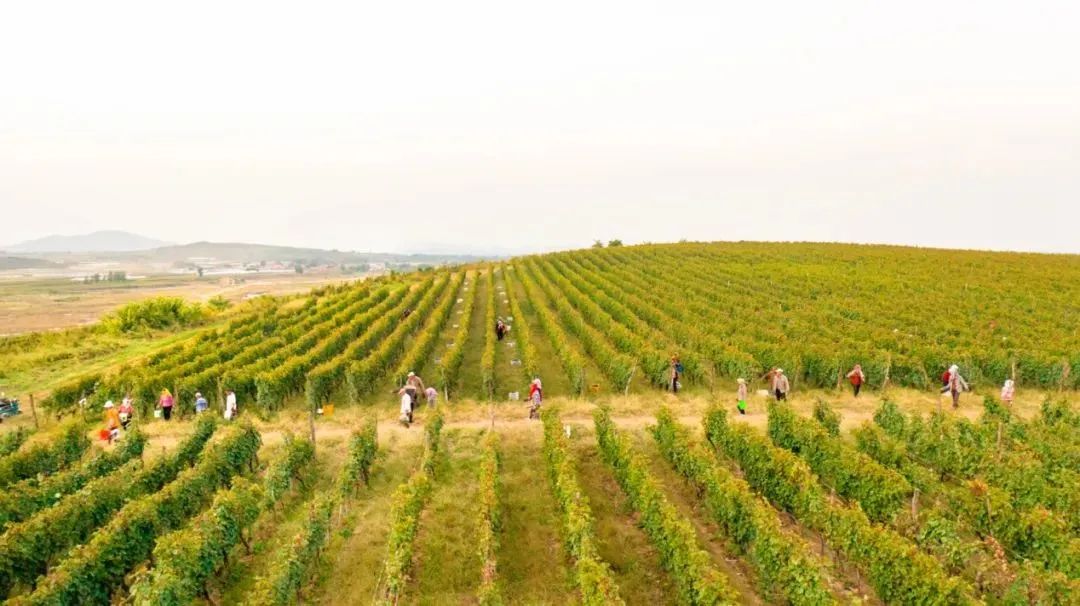 The harvest of Merlot, an early-ripening red grape variety, began in mid-September. This year was a great challenge for the early-ripening variety Merlot, which had a yield reduction of about 30%, but happily, Merlot had a deep color and outstanding aroma this year, which was worth waiting for. 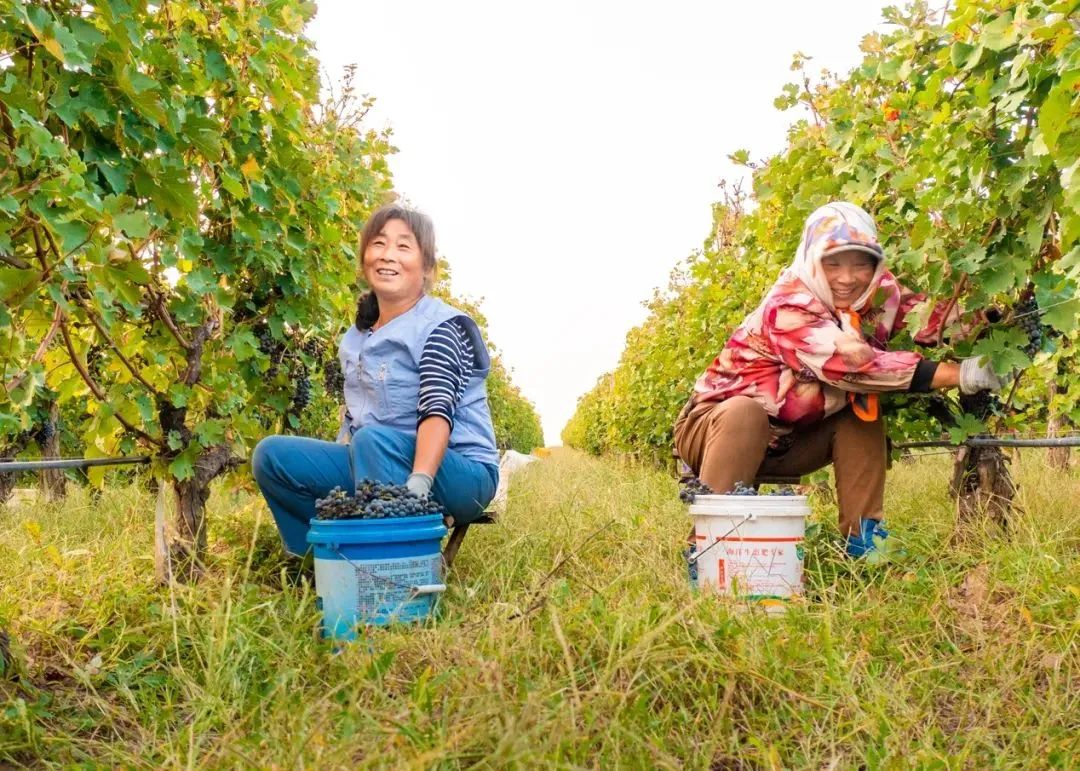 We separate the fermentation according to the different plots and maturity levels to facilitate monitoring the potential of each plot, and initially set the early harvested ones for making fresh and fruity wines, and the later maturing ones for fermenting the aged ones. 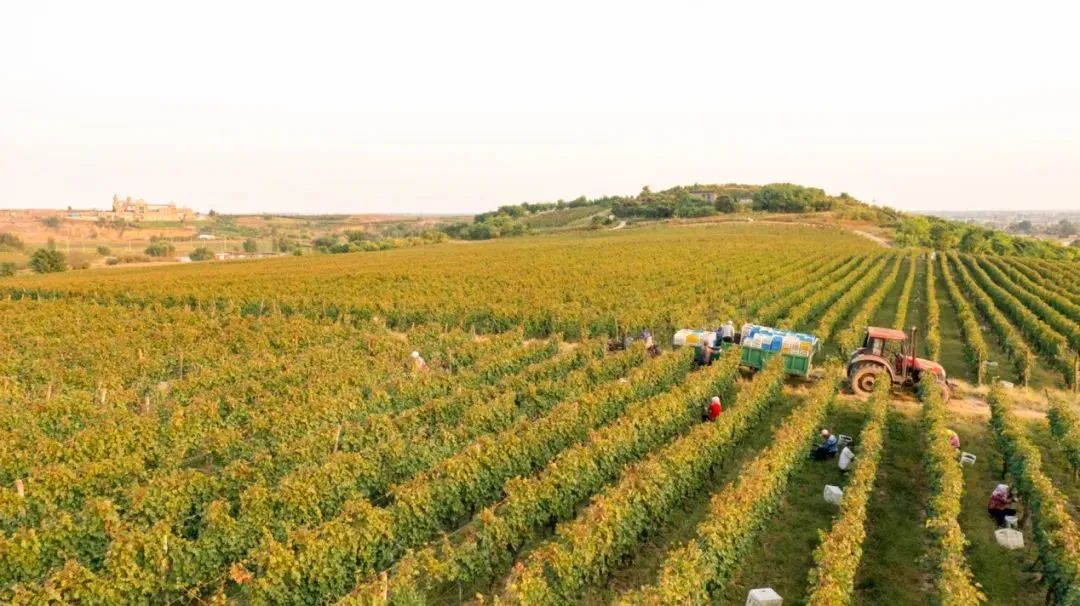 We started harvesting the Petit Verdot on September 23rd. Although the harvest was nearly 10 days earlier than previous years, the sugar level at harvest was 23brix and the acidity was 7.5g/l. We also fermented the Petit Verdot separately according to the different plots and ages of the trees. The new plot have fresh and strong aroma, fruitiness and soft tannins. The old parcels have strong and full tannins and outstanding spices. 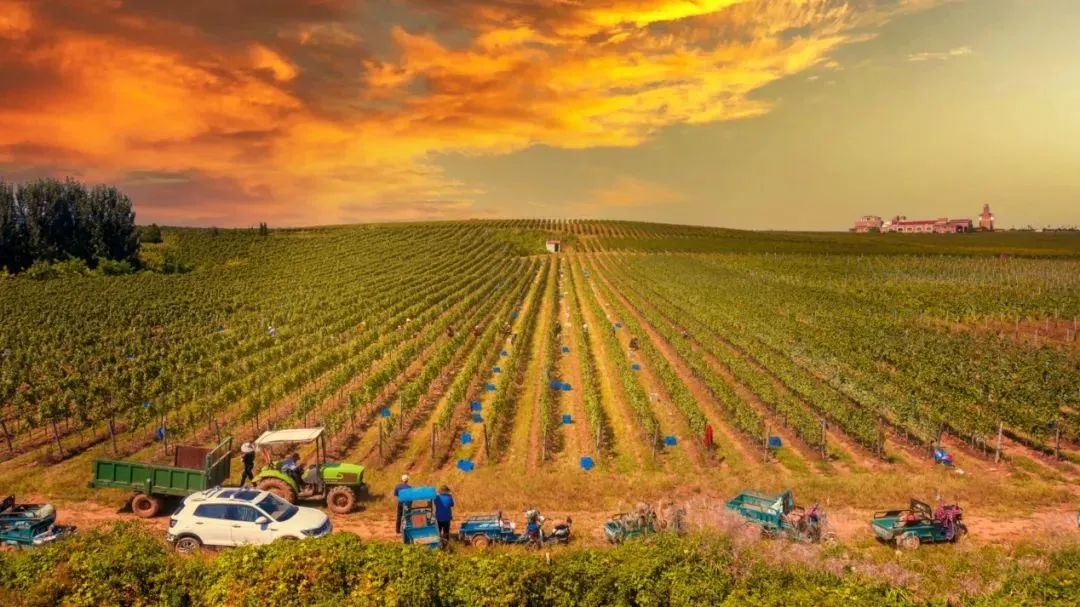 Harvesting of Cabernet Franc and Marselan varieties in the last week of September. Cabernet Franc reached very good ripeness this year, with 24brix sugar and 6g/l acidity at harvest. Given that some years Cabernet Franc did not turn color well, this year the fruit was thinned and yield controlled to less than 6 tons per hectare.

Marselan has loose grains, deep color, 23.5brix of sugar and 6.0g/l of acidity at harvest. The harvest of Cabernet Gernischt started on October 6. As always, the quality of the pearls was very good, with a sugar level of 23 brix and an acidity level of 5.5g/l at harvest. 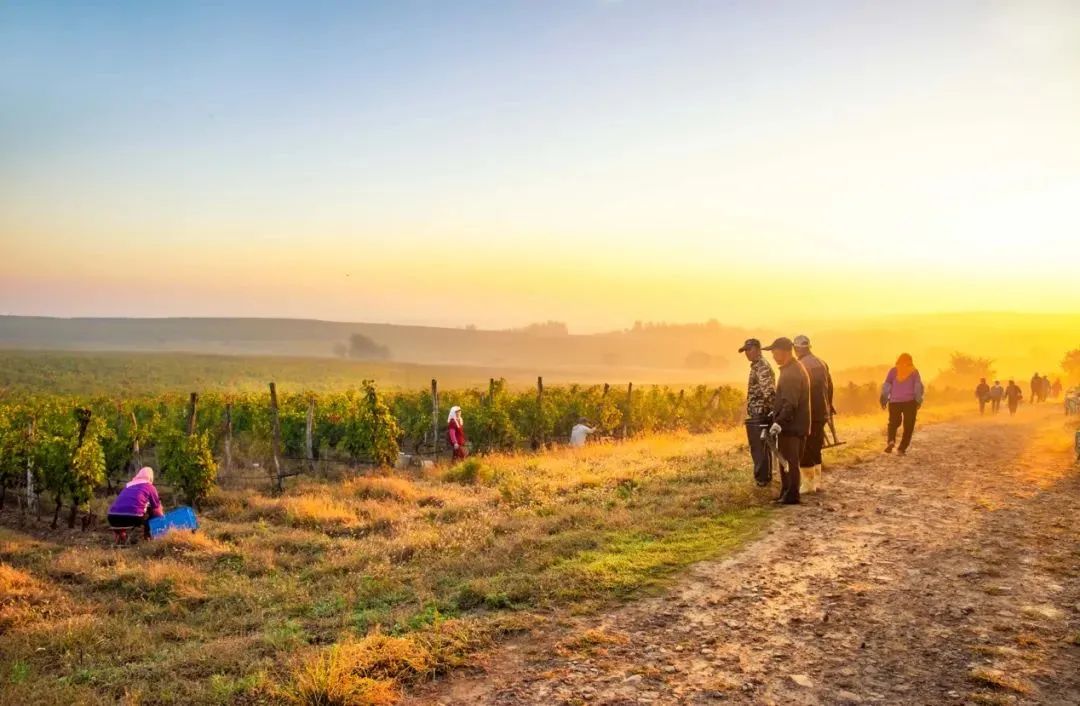 Despite the overall high rainfall in 2022, reaching 880 mm by the end of the harvest, which led to a yield loss of 10% and some varieties reaching 15%, but the white and red grapes were well balanced in all aspects and had great potential. The overall quality was appropriate in terms of sugar and acidity, with a deep color and intense fruit flavor. The red varieties, especially our Petit Verdot, Marselan, Cabernet Gernischt, Cabernet Franc and Cabernet Sauvignon in some plots, are very promising.