At the end of the harvest in 2021,
Let's look back at the efforts we have put into it this year.

In 2021, the significant increase in rainfall has challenged the patience and experience to our production team. 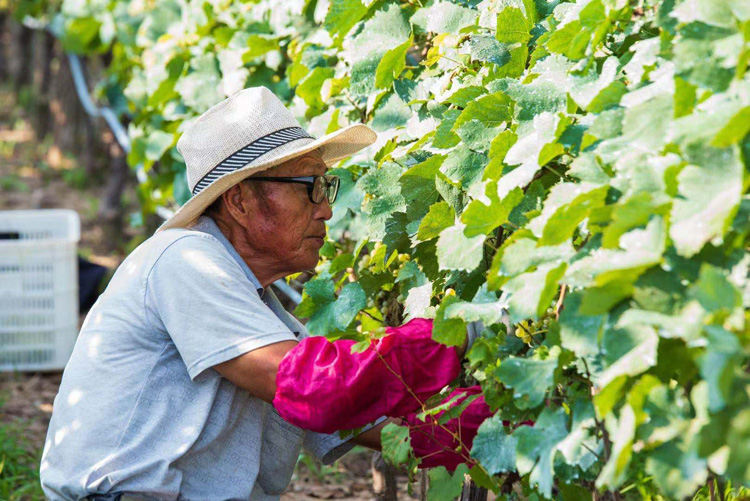 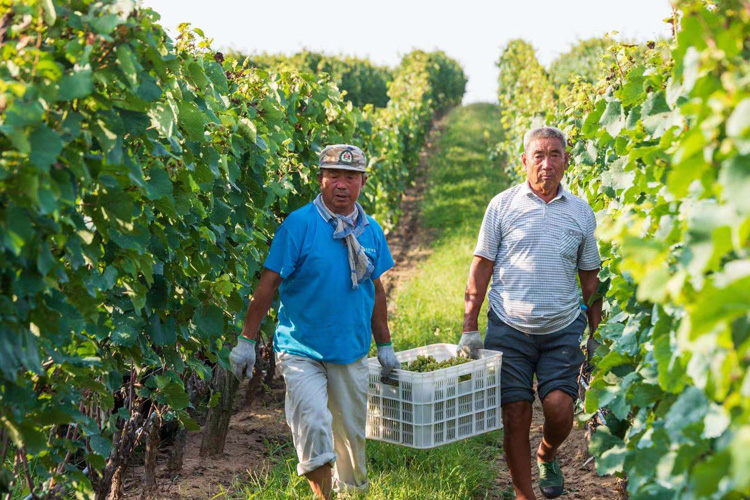 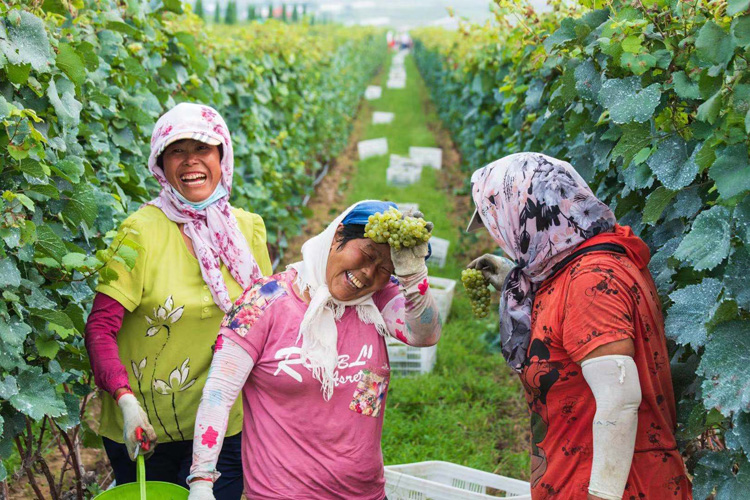 This year, the spring rainfall was even and abundant. The rainfall in April and May was 82.3mm and 84.5mm respectively. The germination period of each grape variety was about a week earlier than in previous years. The grapes sprouted neatly and the plants are growing well. The continuous low temperature and rain in early spring caused downy mildew in some areas of the vineyard, and some grape varieties had fallen flowers and fruits. However, through our careful management of vineyards, timely shelving and disposal of auxiliary shoots, we have provided protection for the ventilation and light transmission of the vineyard, and greatly reduced the occurrence of diseases. 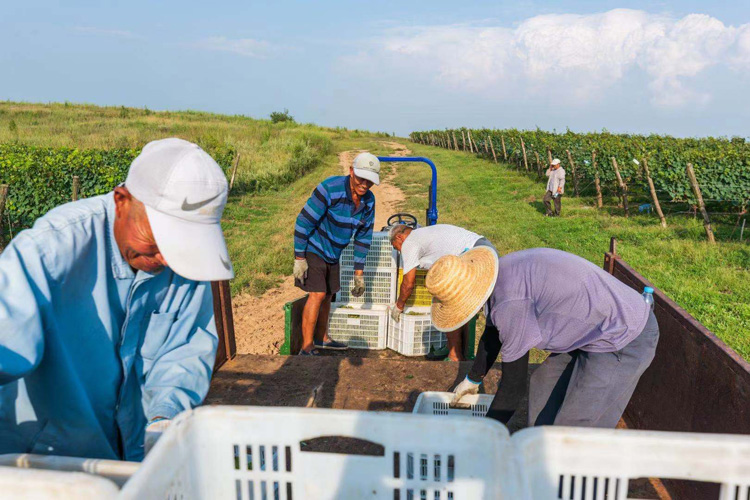 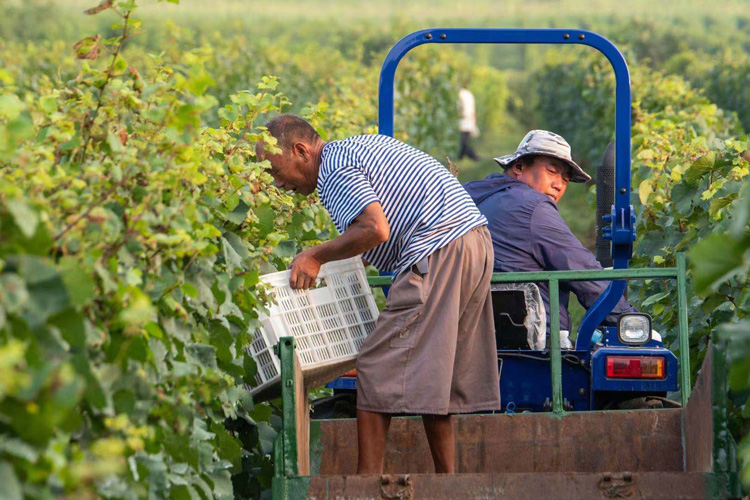 From June to August, the rainfall is also significantly higher than that of previous years, but the rainfall is relatively concentrated. However, the windy summer have greatly eased our pressure on the prevention and control of pests and diseases, and the grapes are in good health. The lower temperature accumulation in August also allows the grapes to mature slowly, which is conducive to the accumulation of sugar, and provides unique advantages for the maintenance of acidity and the accumulation of flavor substances during the ripening period. 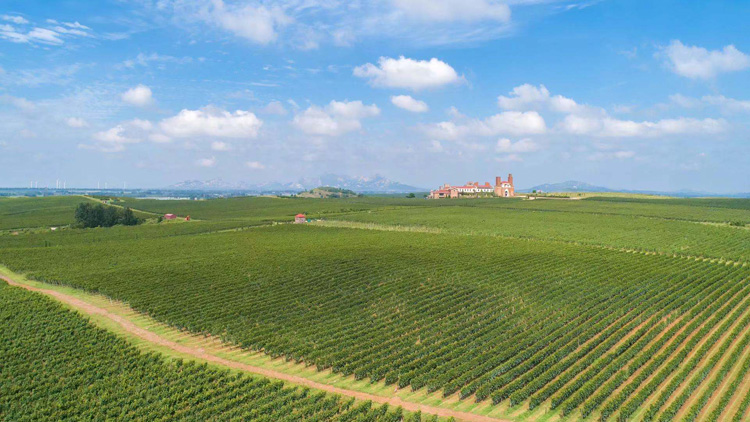 From the end of August to the beginning of September, the red grape varieties basically completed the veraison. Several rains in early September increased the humidity in the vineyards and some of the grapes rotted, which further increased the pressure on vineyard management. According to the weather forecast at the time, there will still be continuous rainfall in October, which makes it more difficult for the grapes to ripen and determine the harvest date. Combining the weather forecasts and the analysis of grape maturity data, we decided to harvest as soon as possible. 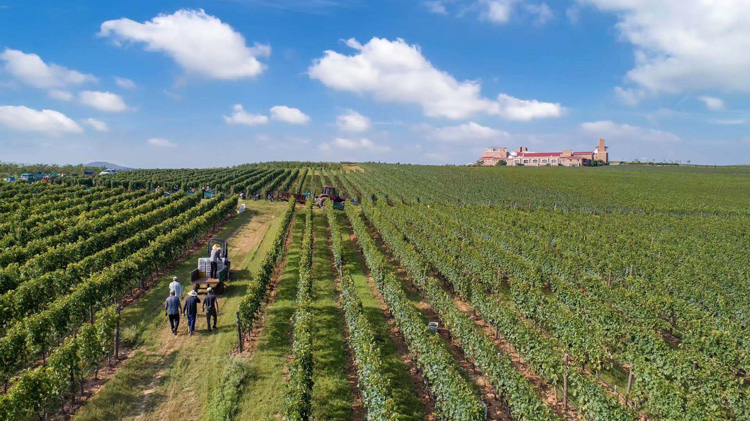 From August 25th to 28th, we harvested Chardonnay, which officially kicked off the 2021 harvest of Chateau Nine Peaks. The sugar content of Chardonnay was higher than 215g/L and the acidity remained at 6.5. Between g/L-7g/L, the grape is healthy and disease-free with the high maturity. Both technical indicators and sensory analysis of grape maturity indicate that 2021 will be another excellent vintage for the Chardonnay. 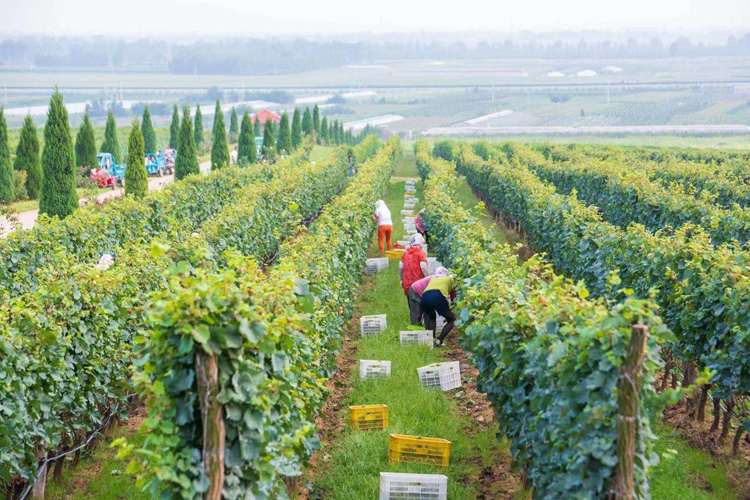 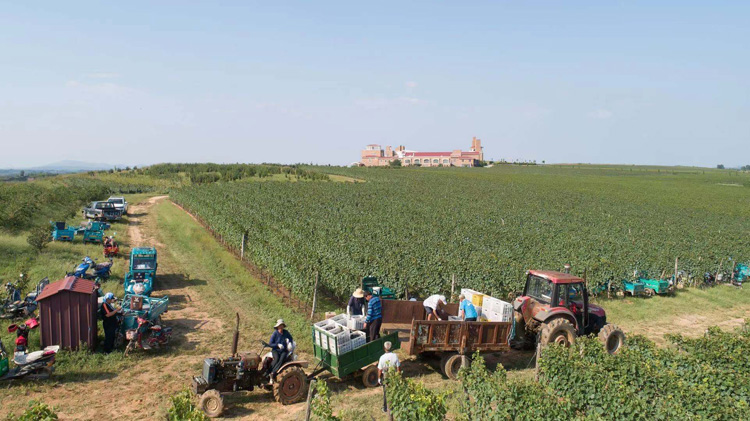 In 2021, due to the impact of rain, our overall production is reduced by about 15%, although the most varieties such as Chardonnay, Petit Manseng, Cabernet Gernischt, Marselan, Petit Verdot and Cabernet Franc have performed well. However, the late-ripening red grape varieties, especially Cabernet Sauvignon, is reduced the yield by about 20% due to diseases caused by rainy weather in the later period, but the overall quality was still very good and reached our expectations. 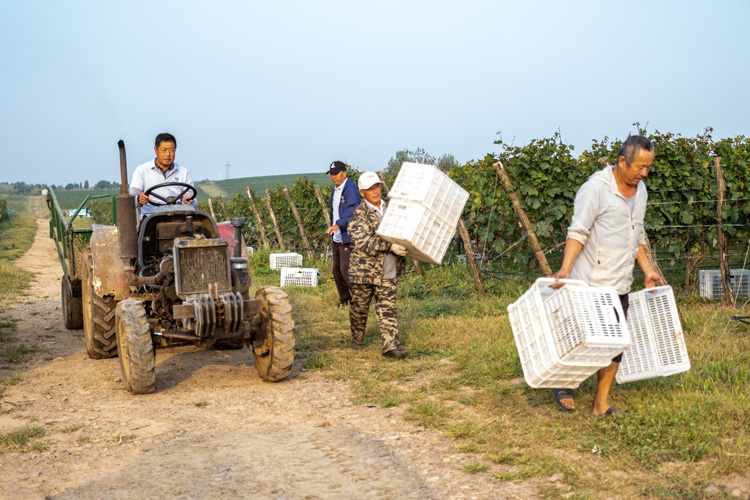 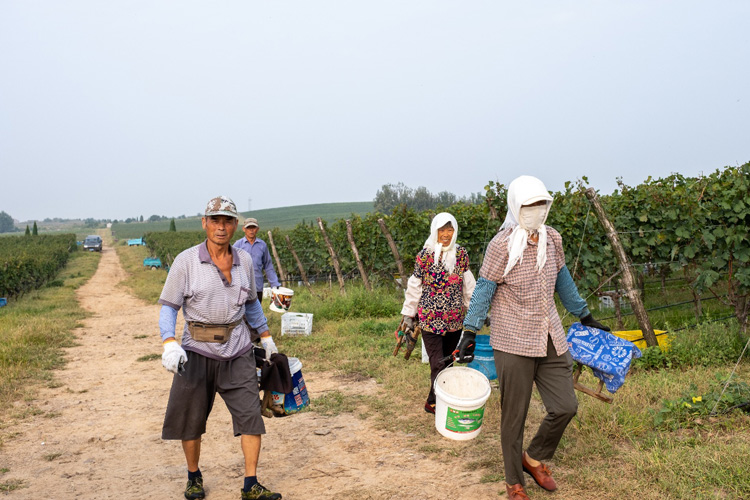 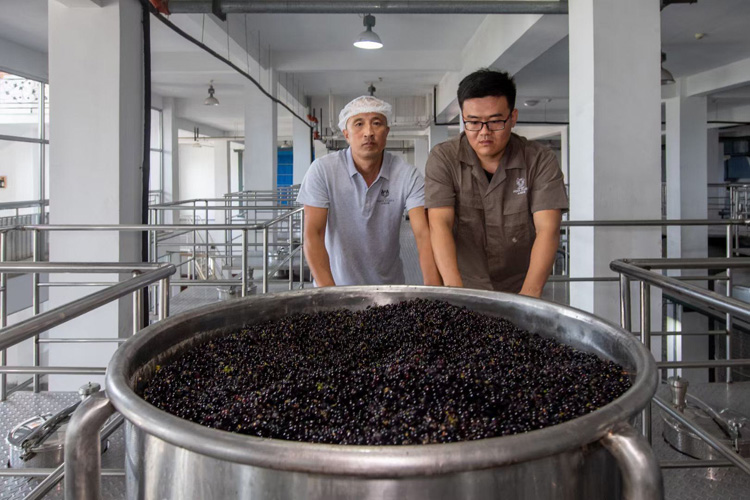